Halloween has a way of bringing out the creepy factor in everyday scenes and Ohio State’s campus is no exception. Online students have many opportunities to visit campus. Whether you are visiting for orientation, participating in commencement or taking a professional development workshop, make sure you spend some time checking out these three “haunted” places on campus. 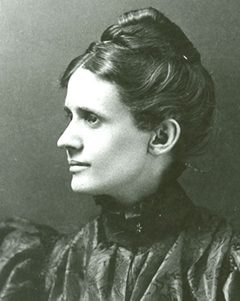 Olive Jones, 1900
Since Olive Branch Jones’ passing in 1933, she has been spotted haunting the stacks in the basement of the library. During her 34-year tenure at Ohio State, Jones grew the 13,000 books at the library into a collection of 300,000 books, many of which are now part of the university’s special collection which is located in the basement stacks.

While alone in the basement, many workers have claimed to hear footsteps and the persistent rustling of a dress. Jones is usually spotted as a shadowy figure in a black or white dress. The ghost is harmless, but some say Jones gets angry when books in the library experience water damage. 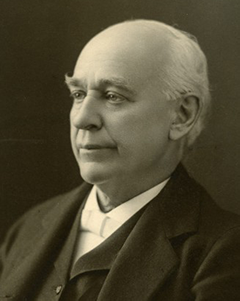 Edward Orton, Sr., 1890
Orton Hall is the second-oldest building on campus, named after Edward Orton Sr. who was Ohio State’s first president as well as the university’s first geology professor.

Orton leaves behind many legacies, including the Orton Geological Museum. The museum houses 54,000 specimens which includes the skeleton of a giant three-toed sloth and an entire dinosaur skeleton. One artifact is considerably more lively than others. Legend has it a prehistoric man roams the museum halls. Confused by his modern surroundings, he is heard throughout the museum grunting, slamming doors and banging on walls. A student worker reported seeing a man’s feet in the upstairs room of the museum. When she arrived to the top of the stairs to see if he needed help, there was no one there.

During his time at Ohio State, Orton would often be found in the evenings reading in the bell tower by lamplight. Today, some say that if you look into the tower on top of Orton Hall, you’ll see a flickering light. 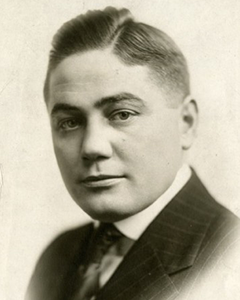 Herbert Atkinson, circa 1920
Herbert Atkinson was an Ohio State alumnus who served on the Board of Trustees for 25 years. During Atkinson’s time on the board, he had a significant role in setting up the following schools and colleges: Aviation, Fine and Applied Arts, Social Administration, Home Economics, Optometry and Music. He had such an affinity for Ohio State that when he passed in 1952, his last wish was to have his ashes placed somewhere on campus.

The Trustees approved of his wish and decided to store his ashes in a plaque. That plaque was then placed in Bricker Hall, where he remains today. It is rumored that sometimes you can see Atkinson in the front lobby drinking punch.

Can't wait to get to campus? Get a sneak peek through Ohio State’s virtual tour.